Speaking up is dangerous – Whistleblower Series #16 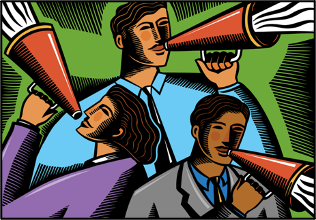 Speaking up is dangerous and that is why most people don’t do it. What’s fascinating is that research shows the majority believes that they would be whistleblowers when in fact they wouldn’t. Psychologist Piero Bocchiaro at the University of Palermo did a study in 2012 to explore the act of being a whistleblower. They created a realistic setting where participants learned an experimenter was conducting cruel sensory-deprivation research. They were asked what they wanted to do in response to what they had discovered. They were given the chance to walk away.

This allowed 149 participants to deal with an unethical request by the experimenter with options of obeying, disobeying, or “blowing the whistle”.

“Results revealed that the majority (77%) complied while the minority was split between those refusing (14%) and those reporting the misconduct to higher authorities (9%).” Okay, let’s pause for a moment to let that sink in. Only 9% spoke up.

Put another way, when asked to be unethical 91% complied.

It’s only the outliers that chose the whistleblower path. Now, you’d expect that there would be something notable, glaring even about the whistleblowers in contrast to the vast majority. But they did not find defining or different qualities. “No significant differences were found in personal characteristics and dispositional variables distinguishing between obedient, disobedient, and whistleblower participants.”

Begs the question: what is it that makes someone speak up?

In another study done by Bocchiaro and his team, they discovered a fascinating opposite reaction. In this study, they asked 138 individuals to predict whether or not they would take the whistleblower path, defy the authorities, refuse to comply with an unethical request and 96% said ‘oh yes, this is exactly what I would do. I would never obey an unethical request from an authority.’ As Bocchiaro explains, “People want to see themselves in the best light and believe that they are generally more moral than the average person.”

We live in a society where people believe that they would defy those requesting wrong-doing, but in fact these beliefs are only that. When put into actual situations where they must choose, the vast majority obeys, some resist with silence, and a very small crew speak up and report the unethical conduct. What this suggests to me is that we want to do the right thing. We do not want to align ourselves with those who are corrupt or harming others, but it’s a double-edged sword.

It’s one of those wretched forks in the road where you know on a deep cellular level that speaking up is dangerous.

It’s going to bring suffering. It might risk those you love. No joke people choose to obey. I get it. I still knowingly, fully aware, chose to speak up and yeah I suffered, but maybe suffering isn’t all that bad. Maybe we need to redefine suffering. In the next blog, we’ll look at this to see if there’s another way to frame it.